One of the most difficult exercises I have encountered (outside of burpees) has been setting and reinforcing healthy boundaries in my life. I can distinctly recall having a bully of a friend in college. Not the physically violent type of bully but a controlling, will-imposing, guilt-tripping kind of friend. I tried everything, except telling her directly how she was overbearing, to end the relationship. The final straw was an argument that could have been avoided if I had only stood up for myself, erected, and enforced a healthy boundary.

Toxic people poison your life and impact your health by being a constant drain on your energy and mood. They can be tricky to identify. Humans are multifaceted beings. No one is all bad. However, when someone continues to do things that harm you emotionally, socially, and/or financially, you may need to set a boundary.

Controllers: These are people who want to dictate who you can or cannot be friends with. They want to isolate you from others so that their influence is the most dominant one in your life. You can experience this in friendship, marriage, or business.

Angry Birds:  These are people who have a negative disposition on life. They will shoot down any good news with a complaint. They will dull your dreams with why it will never work out. Do yourself a favor and erect a boundary. Start by informing that person of how their behavior makes you feel. Next, state that if the behavior continues, you will limit the time spent with this person. Last, enforce it. 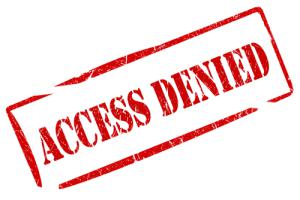 The Needy and the Greedy:  These are people who always have a hand out. They always need to borrow money or your car. They hit you with a sob story and lead you to believe you are their only hope. Point them to Jesus and a financial literacy course.

Establishing boundaries is no easy feat. Relationships develop behavior patterns. You may even positively identify as the ‘strong one’. It is easy to fall back into a familiar role if not careful.

Recently, I had someone call me at 4:30 am. The last time I received a call that early, my godmother had passed. I answered in a panic. The caller was stuck in a town an hour away and asked if I would come and get him. I was so relieved that someone was not actually dead. I put on my ‘captain-save-a-bro’ cape and headed out. As I was driving down winding, isolated back-roads in the dark, I realized how incredibly stupid this was. I was putting myself at risk to save someone who, as I learned later, was in the predicament by being irresponsible.

On the way back, I start asking all of the questions I should have asked earlier on the phone: Don’t you have roadside assistance? How much would an Uber have cost? Granted, this was an extenuating circumstance, so I was not tripping too hard that I had agreed to pick him up. However, I was annoyed by his lack of preparedness. I firmly stated that I was not driving back out to this town or any town in the middle of the night. I explained that he needed to have a plan in place in case something like this happened again, a rescue plan did not include me.

The next day, I get a call asking if I will ride out to the same town to help drive his car back. Having already firmly stated that I would not be driving back out to that remote town, I said no. I provided sound alternatives; get a male friend to help, pay someone to assist, or get a tow truck to haul your car back. Of course this person, used to me swooping in to save the day, was annoyed and angrily ended the call.

Enforcing boundaries is necessary to protect your mental and emotional health. You must set the rules of engagement for your relationships. Those who love and respect you will choose to play by the rules. Those who do not will be effectively blocked.